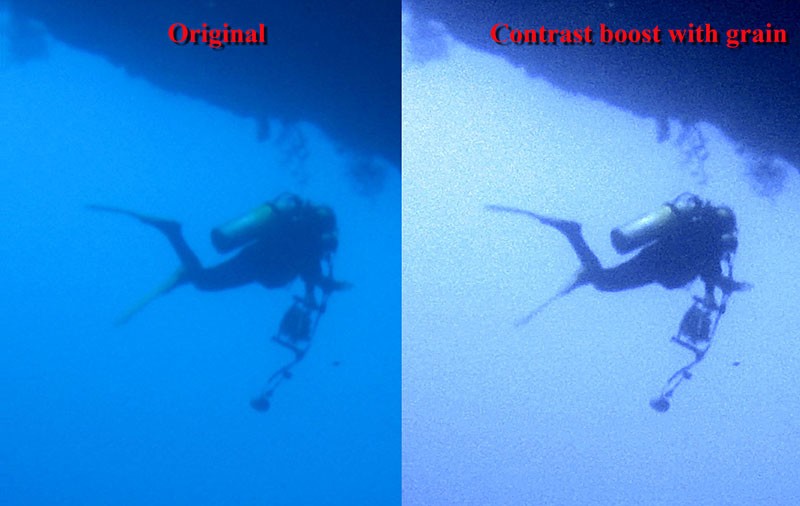 So what to do?  Make sure you are not judging the graininess with anything but your final image.  You need to look at the saved image to be sure that there is really a problem.  Many times the full resolution saved image will be much better than thumbnails or smaller versions for the reasons stated above.  It is very difficult to match the effect of all the image processing due to the difference in resolution with a small image and the full resolution saved image.  So if you are seeing objectionable graininess, be sure that it is actually in the final saved image.

If the grain remains objectionable, it’s time to reduce the sharpness.  There are controls in the preferences menu that allow you to either turn the sharpening off, or reduce it to a level that you prefer.    Instructions on how to do that are in our help menu, and additional explanations are at https://vivid-pix.com/land-sea-plus.html

And of course, and particularly with ocean photos, take this advice with a grain of salt!

More posts from author
Monday, February 01 2021 Supporting Support
Friday, January 08 2021 3 Parts Of The Plan To Give You A Hand When You Scan
Monday, February 10 2020 Mom's Winter Advice: Get Outside