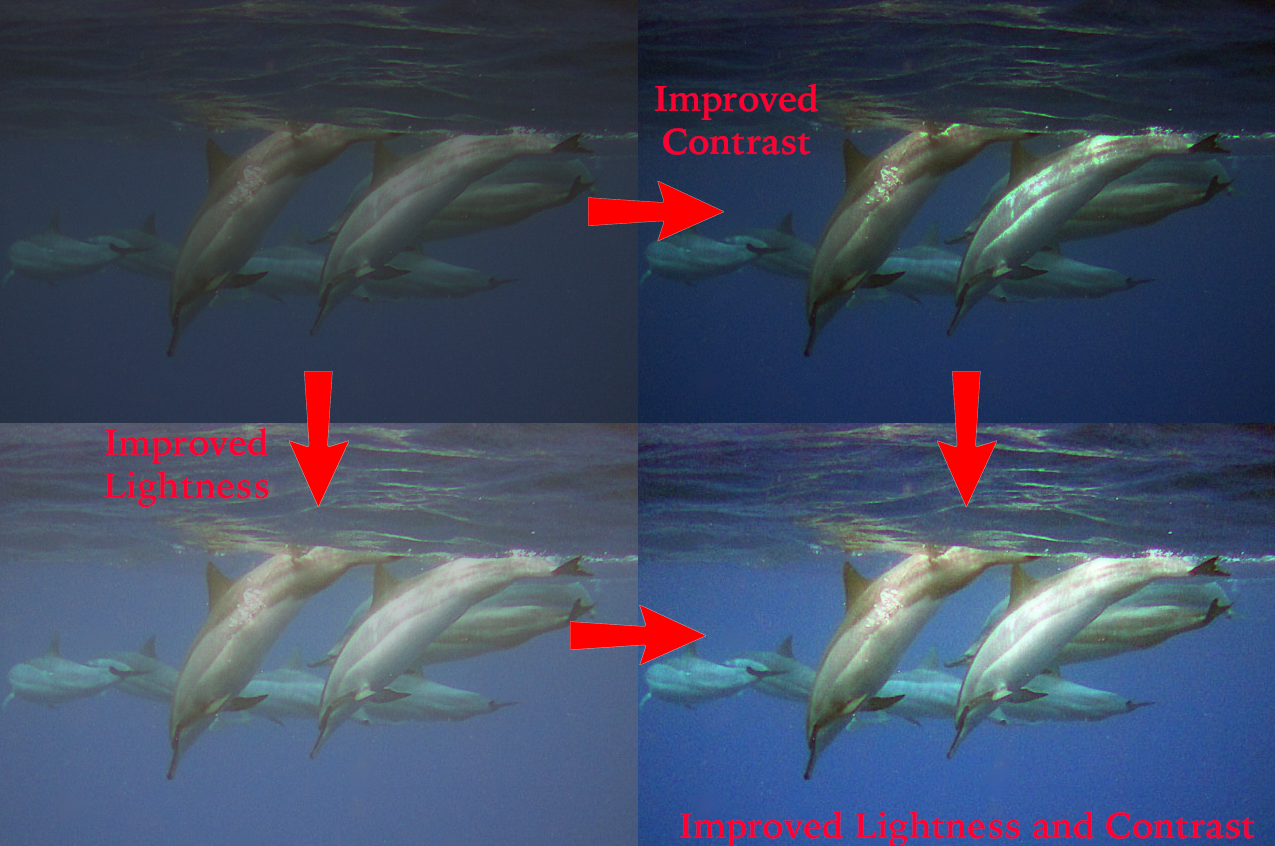 In most images, the range of contrast is not optimum.  In some images, like a snapshot of a friend in the bright sun with the dark forest in the background, there will be too much contrast.  In others, and particularly in underwater images, there will be too little due to factors like low illumination and light scattering by the water.

Additionally, both lightness and contrast are constantly changing as you move, your subject moves, a cloud comes by, you point your camera differently…the list goes on and on.  This is just a small portion of the reasons that video correction is very difficult.  But for still images, a moment frozen in time, you can adjust lightness and contrast relatively easily.

In general, lightness and contrast, although adjusted separately, affect the image in similar ways, so going back and forth between the two provides the best results.  One reason that you will often want to tweak these controls is that automatic analysis of the image does not know what the subject is.  But you do, so you can make the important part of the image look its best.

More posts from author
Monday, February 01 2021 Supporting Support
Friday, January 08 2021 3 Parts Of The Plan To Give You A Hand When You Scan
Monday, February 10 2020 Mom's Winter Advice: Get Outside