Family memories are more than photos 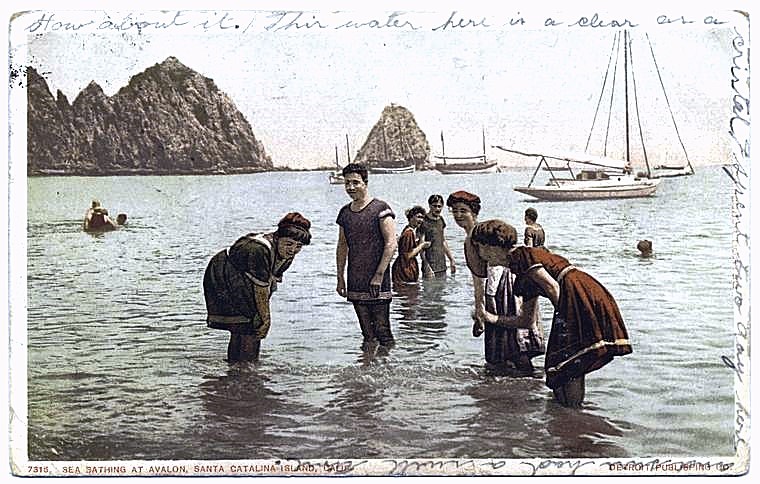 The postcard was the “text” of the day, allowing for relatively quick messages from far away. Postcards have been around since the late 19th century, with the postal service determining on what locations the message could be written. Today, it’s commonplace to see post cards with an image on one side and a message on the other side, next to the address. Until 1907, however, the Universal Postal Congress, began to allow messages on the left-hand side of the address side, according to the Smithsonian Institute.

This kicked off the “Golden Age of Postcards,” as colorful personal messages on simple cards traveled around the world by the millions, commemorating historical events and popular travel destinations. Kodak even introduced a camera, the 3A Folding Pocket Kodak, which was designed for creating postcard-size images. 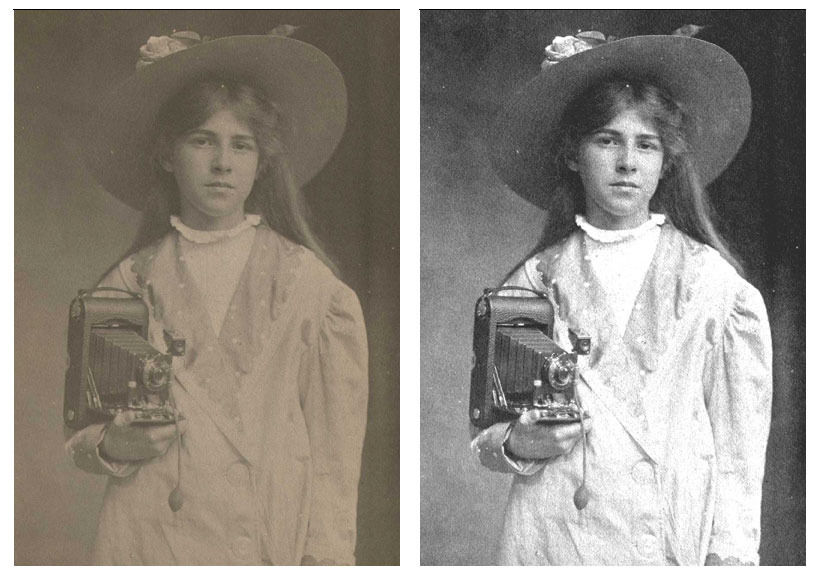 Exploring the world with photography

Before broadcast media and television, the only way to see the world - other than to travel to distant lands - was to watch newsreels and movies and to read magazines and books. Postcards were another way to get news from abroad, with the added advantage of the customary addition of a personal message.

For family historians, postcards are treasure trove of information. Like any other printed materials, however, images on postcards are subject to fading. Postcards are actually subjected to a dual peril: The main photo can fade and the writing on the address side can fade or be erased or smeared. Unlike photographic paper, postcards were printed on cardboard-like stock, which are susceptible to bending, to cracking and to tearing.

What about the hand-written message, though? How can you make the part of the family history record? That’s easy. With a couple of mouse-clicks, users can improve text legibility, notate these facts in the View/Edit Metadata feature, tag key words for searching, and save this improved image easily. Simply add the text of the written message into the Tag field, so when you search for Aunt Betty’s trip to Catalina Island, not only will you find the photos but the postcard, too. 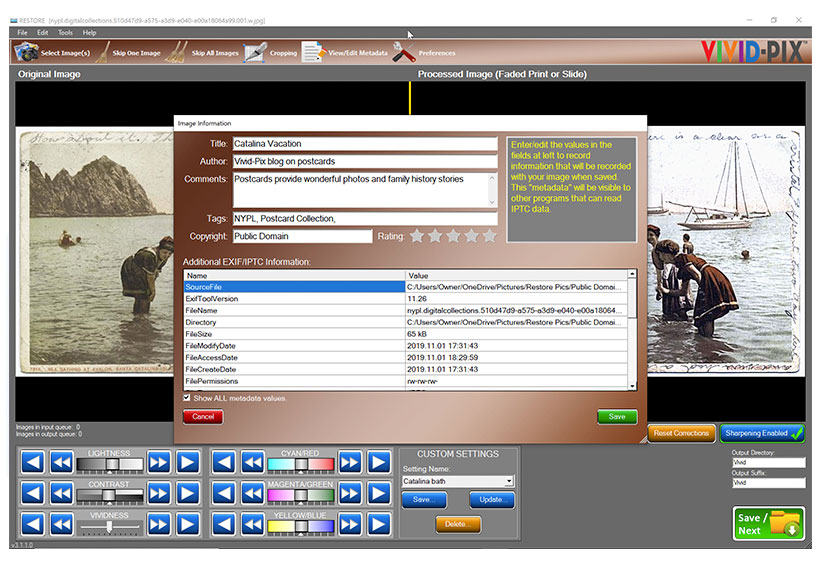 We’d like to thank New York Public Library for the vast library of public domain imagery that they make available on their website:  https://digitalcollections.nypl.org

Randy Fredlund
08 January 2021
3 Parts Of The Plan To Give You A Hand When You Scan
Vivid-Pix News & Events
Tips & Tricks - Learn how to do more and save time.
769 Hits
Read More