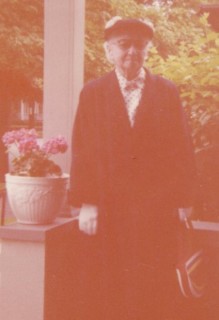 What kinds of images can RESTORE fix? 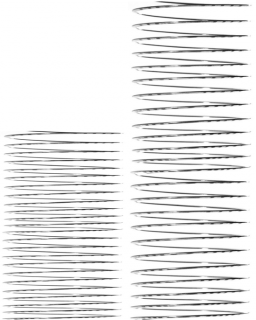 And where is my slinky?  More on that later.

Here are a few guidelines for what types of images can be helped most successfully by RESTORE. 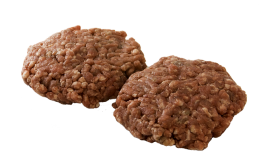 "RAW, RAW, RAW!…that’s the spirit!”  I hear this all the time from a number of folks who shoot RAW with their cameras.

So let’s talk about image formats.  And by "talk,” I really mean converse.  I’d like to hear what you think.  Note that I am at least vaguely aware I don’t know everything. 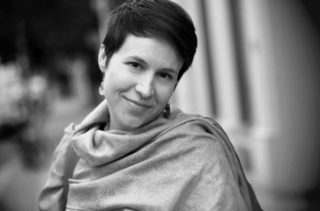 We’re pleased to begin providing articles on improving your Restoration/Throwback images.  We’re also pleased to be working with Rachel LaCour-Niesen of www.SaveFamilyPhotos.com / #savefamilyphotos.

The below “conversation” begins this collaboration with a topic that is near and dear to all of our hearts – the connection to our past that photography provides.  Both the images and the stories they suggest allow us to be a little closer to those no longer with us.

I'm pleased to see the seas 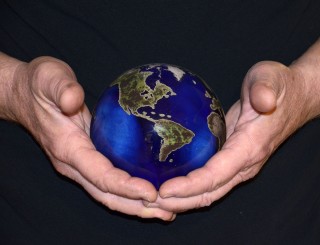 Pardon me for the dated use of “cool.”  I don’t have a better way to express what I feel.

I live in upstate New York, USA.  No, not skyscrapers and concrete...this is primarily farm country.  Think apples and dairy cows.  And I actually enjoy living on what many people would consider the frozen tundra.  As my daughter says, “The cold does not seem to affect you the way it does most people.”  Yes.  This is one of the positive attributes of Swedish and German heritage.

Heritage aside, it is absolutely great that I receive images from all over the world.  Since I am responsible for the support of our Vivid-Pix software programs, I often have the chance to receive imagery captured by people on dive expeditions all over the globe.  I can’t tell you how great this is.  Don’t stop. 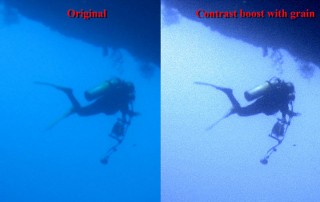 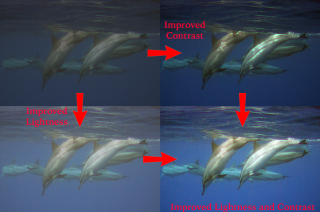 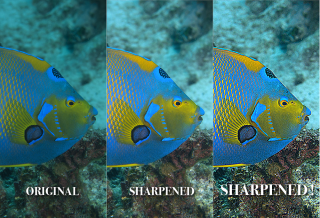 While there are many techniques for sharpening, some yield better results than others.  We have selected one with a counterintuitive name...Unsharp Masking.  Why?  Because it tends to accentuate the important parts to the image without increasing visual noise or graininess.

Unsharp Masking actually began as a clever technique to enhance the sharpness of printed images in the chemical/analog world.  Digital Unsharp Masking is uses a similar technique, and works something like this:

- It’s good to determine what should be sharpened, so edges are detected.  This is in effect “applying a mask” so that only those parts of the image that are significant enough to enhance are subject to sharpening.  In other words, those areas that may have small differences from pixels to pixels, like water in the background, are not subject to sharpening, while the intricacies the fish scales are sharpened. 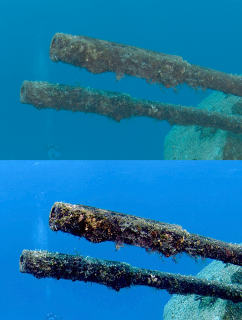 Have you noticed that your underwater images aren’t always as sharp as what you are used to seeing topside?  That’s probably because the water scatters the light bouncing off your subject.

If you don’t want to loose any sharpness due to light scattering, you’ll need to capture your photos in a vacuum.  Probably not very practical, and doubtful that your subjects would like it in any case.  In air or water, there will always be some redirection of photons by the molecules in between your camera and your subject.  The effect is more noticeable in water than air, due to the greater density of the water.  The Pros always say, “Get close,” and minimizing the light scattering is another reason to do so.

Why Are My Pictures So Blue Or Green?

As Marshall McLuhan said, "The medium is the message."

While I'm not so sure he was talking about underwater photography, the principle is similar.  The medium in which a signal travels influences the information received.  This not only happens underwater, but topside is well.  The sky tends to be blue (where you dive...not here in Rochester, NY, where gray is the dominant color) because of the differing interaction between atmospheric molecules and wavelengths of light.

Underwater, a similar effect occurs, and is more dramatic.  Sunlight entering the water from above becomes filtered by the water, and the reduction of red light is greater than that of blue and green.  So the deeper you go, the percentage of red in the available light becomes less and less.  Additionally, the distance between you and what you are looking at provides an additional filtration, removing even more of the red light.

Actually, your camera (without flash) does a pretty good job of capturing the scene.  The blue/green cast you see in your pictures is a good representation of the available light that bounced off the subject and was captured by the sensor.  But your brain does a really nice job of automatically balancing those colors into a much more pleasing color balance.  "Eyes, this can't be right.  I'll fix it for you.  You're welcome, Brain."  It auto white balances for you, without any conscious involvement.  So what your camera records is not what you saw.